I want the funds for my purchase to be solid and secure, managed by a trusted brand.

Find out more about the Golden Leaves Trust at goldenleavestrust.com

When you buy one of our pre-paid plans, we ensure that your money will remain safe.

Whether you purchase your plan by way of single payment or 12 months instalments, all Golden Leaves funeral plan funds once received are paid into the Golden Leaves Trust.

The Golden Leaves Trust independently manages the funds to achieve stable long-term growth, specifically to cover the increasing cost of funeral services. The Trust is regulated in compliance with The Financial Services and Markets Act 2001, and is overseen by a board of trustees, who have appointed Julius Bär, LGT Vestra, Cazenove and Quilter Cheviot as the investment fund managers for the Trust, and Lloyds bank as the fund’s banker. The fund is annually, independently audited and subject to strict actuarial reporting to ensure that it remains solid, stable, and above all, completely secure.

If you require any assistance in completing your application, talk to our customer advisers for free on 0800 45 44 48.

Since pre-paid funeral planning was introduced to the UK in 1984, Golden Leaves Ltd has been at the forefront of providers. We were founding members of the National Association for Pre-paid Funeral Plans and The Funeral Planning Authority (FPA) which monitors the marketing, financial and service provisions of the plan providers that it regulates.

We’d like to assure you that with Golden Leaves, your arrangements are in the safest possible hands. Every funeral director appointed to provide services for a Golden Leaves Plan must first satisfy a number of stringent requirements, including a demonstration of outstanding service records in their local community. It is preferable that they are also be affiliated with relevant accredited associations such as The National Association of Funeral Directors (NAFD) and/or The Society of Allied and Independent Funeral Directors (SAIF).

All Golden Leaves funeral plan funds are held in the Trust by an independent board of trustees, who are required to ensure the adequacy of funds to cover the cost of funerals when they occur. Our latest actuarial reports show that there are sufficient funds to cover all funerals should they occur on the same day. If you have purchased by way of fixed monthly payments, your funds will be held by an FCA authorised life assurance company.

The funds are invested in index linked gilts to ensure they keep pace with the RPI. Index linked gilts have performed well in the current market crises and have actually increased in value due to the flight by investors from equities into secure investments.

Furthermore, should Golden Leaves Ltd cease trade due to liquidation, insolvency or any other reason, the Golden Leaves Trust Fund is safe from any creditors because the Trust is an entirely separate legal entity. In such an incident, the trustees are required to find another company to complete the administration of the plans. In the first instance the trustees will request that Rowland Brothers International (a sister company to Golden Leaves) to administer all plans.

If Golden Leaves Ltd is taken over by another company, the new company will assume all obligations Golden Leaves has made to its plan holders. Any monies already paid in will therefore be guaranteed to cover future funeral arrangements, and payments will continue to be taken in accordance with the plan contact terms and conditions.

Arnold Pindar has been President of ANEC, the European Consumer Voice in Standardisation, since 2011. ANEC aims to achieve the highest practicable levels of protection and welfare for all consumers, regardless of age or ability. He was also Chairman of the UK National Consumer Federation from 2011 to 2019, an independent, not-for-profit charity, with over 50 years experience of in tackling issues that affect large numbers of consumers and campaigning for positive change. At the international level, Arnold was chairman or co-chair of several Consumer Working Groups for ISO (International Organisation for Standardisation), notably the committee dealing with priorities for consumers and for the working group on the standardisation of services.

Arnold trained as an analytical chemist and worked for many years at the UK’s Department of Trade & Industry, much of this time dealing with consumer safety. He has represented the UK at European Council and Commission Working Parties developing safety related harmonization Directives, and has been a member of many British and European (CEN) and international (ISO) Standards Technical Committees. He joined the British Standards Institution in 1996 as Head of Consumer & Societal Policy (retired 2006).

Arnold Pindar comments on this appointment as a Trustee…
“As an independent trust of the Golden Leaves Trust, it is my role to ensure that money paid to Golden Leaves for pre-paid funeral plans remains safe. As someone very active in the consumer movement across Europe and experienced in standardisation, I can personally endorse and contribute to Golden Leaves’ high levels of quality, standards and consumer protection within their operational activities and their work to promote these qualities through the Funeral Planning industry.”

Tom Kiedrowski works within the Policy Division of the Payment Systems Regulator (PSR) He has worked in a range of strategic and operational roles within the areas of consumer protection, competition policy and regulation for more than twenty-five years. Tom has extensive senior management experience with exposure to Board-level directors, politicians and senior civil servants having working at BT, ECTA, Ofcom, Ofwat, the Department of Business Innovation & Skills, Bristol Water and the Law Society of England & Wales. Tom established the UK Competition Network (UKCN) during his time in the CMA transition team at the Department of Business, Innovation and Skills.

He was a member of the Better Regulation Executive team that developed the Principles for Economic Regulation that were published in April 2011. Until January 2014 Tom was Director of Market Reform at Ofwat, where he developed proposals for the implementation of wholesale and retail market reform team.

Between 2005 and 2011, he held a number of roles at Ofcom, including Project Director of Better Regulation and Impact Assessments. Tom developed Ofcom’s principles for co and self-regulation. He is a member of Chatham House.

David Dinwoodie has been the Managing Director of a Single Family Office since 2015.  He is responsible for direct investments and is a board member or observer of companies across sectors as diverse as biotech, financial technology, clean energy and commercial real estate in the UK, Europe and US.

David invests in private equity and venture capital funds as well as with more traditional wealth managers.  In addition to his experience of investing in public markets, he was brought in to serve as CEO of an AIM listed business to complete a strategic review and capital raise.

An experienced executive with over 20 years spent working across Big 4 Accounting and FTSE 100 companies and advisory roles.  David is a Chartered Accountant by profession having trained with KPMG before moving to Deloitte’s flagship Private Equity team in 2006 to work with clients such as Blackstone, Silver Lake and 3i Group.  He also spent three years responsible for Group Strategy at a leading FTSE 100 company.

David Dinwoodie comments on this appointment as a Trustee…

“I accepted the responsibility of becoming a trustee of Golden Leaves because of the company’s drive and focus to continually raise standards of consumer protection.  As an independent trustee I will help to ensure that the money within the trust is invested in the best interest of the plan holders.”

His previous roles include Chairman of the National Association of Pre-Paid Funeral Plans (NAPFP) between 2000 and 2005; an industry representative of the Joint Steering Group for the development of the Funeral Planning Authority (FPA); and director of the FPA from 2002 to 2005.

Steve has witnessed both the best and worst of what the industry has to offer, and offers a highly knowledgeable link between Golden Leaves, funeral directors, and ultimately, the customer.

“Whether investing in a pre-paid funeral plan or dealing with the tragedy of losing a loved one, any customer is potentially vulnerable and therefore needs to be provided with the greatest levels of protection and reassurance. At Golden Leaves, our focus is on putting our customers first, at every level – including our own board of trustees who have a significant background in Consumer Protection.”

James K Humble is a Vice President of the Chartered Institute of Trading Standards Institute; Fellow of the Royal Society of Arts; Member of the Codes of Practice Committee, Department of Health. Board; Dignity in Dying.

James K Humble OBE comments on his appointment as a Trustee…
“I agreed to become a trustee of Golden Leaves because I found excellent transparency and an absolute determination to protect consumers. The company’s terms of fairness and value are exemplary. The trustees are also able to secure the very best financial advice to ensure every customer is fully protected.”

Keith is a highly experienced trustee with many years operating within the financial services sector. Now retired and having been a fully qualified member of the Society of Trust & Estate Practitioners, Keith is able, from an independent perspective, to supplement and broaden the knowledge base of the Board of Trustees.

With his detailed knowledge of the issues affecting trusts, he also provides operational oversight of the appointed independent investment managers and advisers, helping to ensure the Trustees understand the decisions they are being asked to make.

With a strong corporate governance background and knowledge of financial regulation, Keith plays an integral role in ensuring that all the requisite controls are in place.

Find out more about the Golden Leaves Trust at goldenleavestrust.com 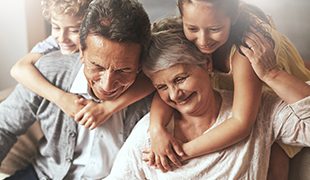 Our Copper, Bronze, Zinc, Silver, Goldand Platinum plans offer a whole range of features which can be tailored to your needs and your budget.

What is the FCA?

The FCA's role is to ensure that financial markets are honest, fair and effective so consumers get a fair deal.